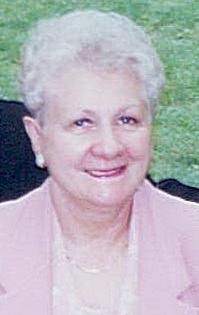 Departed on August 8, 2012 and resided in Hermitage, TN

LEGLER, Marion Murphy, age 80 of Hendersonville, passed away peacefully August 8, 2012 at Alive Hospice, Patterson Street, Nashville. Born August 6, 1932 in Knoxville to the late Rhea Oscar and Elizabeth Cumming Murphy, she grew up in East Nashville until 1962 when she married her childhood friend and neighbor, Eugene Legler, Jr. She is survived by her two children, Eugene "Trey" Legler, III Sandy, and Amelia Lynn Legler Lancaster Mike. She was employed with Genesco until the birth of their first child in 1965, and later worked as a substitute teacher at several Hendersonville elementary schools for over 10 years. She actively served in the choir and was married at East End United Methodist Church in Nashville. She joined First United Methodist Church of Hendersonville, where she faithfully served as church pianist for more than 25 years. She was a member of the Follower's Sunday School Class where she met many of her close friends. Her family will receive friends on Saturday, August 11, 2012 from 4:00 – 7:00 p.m. at Hendersonville Funeral Home. A life celebration service will be held at 1:30 p.m., Sunday, August 12th in the Chapel of Hendersonville Funeral Home with Revs Don Hutchinson and Ben Alexander officiating. Inurnment will follow at Mt. Olivet Cemetery, Nashville. In lieu of flowers, memorial donations may be made to the First United Methodist Church of Hendersonville, 217 E. Main Street, Hendersonville, TN 37075 or Alive Hospice, 1718 Patterson Street, Nashville, TN 37203.