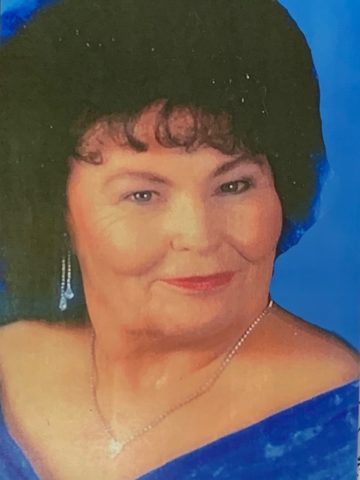 Leona Pierce Wade Crowder, age 83 of Greenbrier, TN, took her flight home to the life here after on April 30, 2020 at 10:05 a.m. She was surrounded by her family who sang her home.

She was born in Gallatin, Tennessee on February 27, 1937 to the late Thomas Jefferson and Mary Kizzar Pierce Wade. She grew up on her family’s farm between Liberty Lane and Cummings Lane and went to school at Ocana Community.

She met and married Kenneth Ray Crowder in 1953 and they began their amazing life together. They both were singers and musicians and enjoyed performing on the road. They settles down in Greenbrier and were the owners of Ken’s Quality Meat Company and Ken’s Market in Springfield, TN. They both retired in 1992 to enjoy more time with their children and grandchildren.

In addition to her parents, Leona is preceded in death by her brothers, William Thomas Wade, Richard Hargis Wade and Lenard Ray Wade, and here sister, Martha B. Brooks.

A Private Graveside Service will be conduted on May 4, 2020 with Brother Jon Briggs officiating. Entombment will follow in Springfield Memorial Gardens Private Estates next to her son-in-law Robert C. Clark. Pallbearers will be Justin Harpe, Jacob Bowling, Roger Hulsey, Daniel Bowling, Jeff Roberts and Jasmin Cunningham.