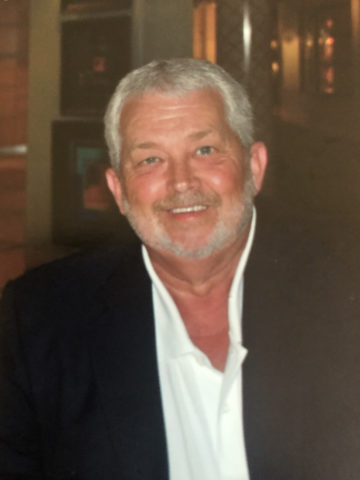 Departed on April 27, 2020 and resided in Springfield, TN

He was born on January 13, 1946 to the late Connell and Martha Dean at the family home in Youngville, TN. Leslie was a graduate of Springfield High School Class of 1964. After serving in the United States Air Force, he graduated from Austin Peay State University with a bachelor’s degree. He worked for the City of Springfield for 30 years and was Director of the Parks and Recreation Department.

Leslie married the love of his life on January 1, 1982. He loved coaching boys baseball with his favorite co-coach, Kenny Sherrod. He loved traveling anywhere there was a palm tree, especially North Myrtle Beach, SC and the Eastern Caribbean Islands. The members of the graduating class of 1964 were a very close group and he loved spending time with them.He was a member of Grace Baptist Church where he sang in the choir. He really enjoyed his time with his close group of friends who got together to sing karaoke. Leslie was famous for telling the “Syndey story” which always brought a good laugh to any gathering.

He will forever be remembered a loving husband, dad and Pop, devoted brother and friend to so many.

In addition to his parents, Leslie is preceded in death by his sister, Sara Dean.

In light of COVID-19 situation we will have a drive by visitation for Leslie. We will provide a register for anyone to sign on Thursday, April 30th from 9-11am at Springfield Funeral Home. Online condolences can be made at www.SpringfieldFH.com.

The family will have a Private Family visitation and Life Celebration with Brother Steve Freeman, Brother Bob Carroll, and Brother David Leavell officiating. Burial will follow at with Tom Carter, Gene Beck, Ted Stubblefield, Joe Browning, Trent Morris and Terry Martin serving as pallbearers. Honorary pallbearer will be Roger Holman. A public memorial service will be held at a later date. In lieu of flowers the family request that memorial contributions be made to “JIE” at Grace Baptist Church: 2100 Park Plaza Drive, Springfield, TN 37172.