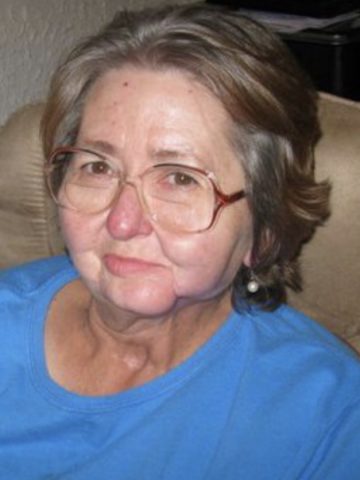 Departed on January 5, 2019 and resided in Springfield, TN

She was born Eleanor Lorene Cook on February 8, 1950 to the late Smith Foster Cook and Mary Elizabeth Cook in Nashville. She grew up in a white clapboard home that had original logs dating back to the late 1700s on Bakers Grove Road living with her parents, sister Patty, and paternal grandmother. She graduated from Two Rivers High School and attended Belmont University where she was the school newspaper editor, Funny Company founding member, and part of the Belltone Choir. She graduated Summa Cum Laude with her Bachelor’s Degree in English and minored in History. Her original dream however was to attend the University of Arizona and major in Archology, little did she know her extent knowledge and love of Dinosaurs would come in handy many years later.

In the midst of her collage studies, Lorene guided young women in the Wharf Ave/Carol St Projects. Showing them fundaments skills that would help shape their lives. Years later Lorene still had contact with several of the ladies she mentored. As a result of her servant heart and eagerness to change things for the better, numerous ladies’ lives were touched.

She married the love of her life and best friend on September 20, 1974, Mr. Fredric Lambert, Jr and settled down in Nashville. She began a state career, leaving the stock exchange and the BSSB Art Materials Division for the State of Tennessee over 35 years ago. Lorene was a Supervisor of Taxpayer Publications in the Admin. Division of the Dept. of Revenue when Blanton was governor. Worked with Metro vice squad and the Motor Vehicle Division to photograph recovered vehicles and equipment, to develop truck registration materials and publications, and overseen the first handicapped tags and state designed license plates. During those five years she also served as the first photography location scout and editor of the first Tennessee Film, Tape and Music Resource Directory under Gov. Alexander. So, summer vacation usually included trips across Tennessee finding small businesses, famous battle fields and writing about their success. Fred and Rachel can be seen in many of her photographs for brochures, it is memories that they both will treasure. Her articles brought tourism to small communities all across Tennessee, saving numerous small businesses from closing.

When Homecoming '86 took off Lorene was in the Dept. of Tourism and served as an artist, creating the first small non-ad supported vacation guide, other brochures, oversaw the TDOT highway map covers, and developed a logo type for Tennessee that is still used today on the TN Ag plates and is on at least one cookbook found at Cracker Barrel.

Lorene wrote the specs for Pub Ed I and II. She was a travel writer in tourism for 27 years, worked freelance for a variety of printers, including the Curley Printing Company and Computer Forms Inc. She worked in the Dept. of Mental Health in the Office of Communications for about nine years. She loved the job, the people and the blessings they brought her way. Lorene worked with Jane Baxter and staff to assist the Healing Arts Project in promoting art as a pathway to wellness. In 2012, she was awarded the Volunteer Friend Phoenix Award for her work with the Art for Awareness program. Some of the artwork done by the mental health patients is displayed in her home.

During all this, Lorene and Fred moved to Cross Plains with their 2-year-old daughter Rachel. She founded a merchant’s organization, taught tourism marketing to the different merchants, developed two festivals, with one continuing today as the annual Trash and Treasures. Helped establish the local museum and Eastern Robertson County Historical Quarterly.

She had a passion for geology and historical artifacts, so she worked with the state museum to preserve different historical objects over the years. In spite of all this that remained to be done, she retired in December 2013. Her family needed her as much or more than the state. Although she had originally planned to stay for another 5 years, it was time to spend more time with her family. Lorene kept busy completing her studies and becoming a lay minister to service the PCUSA churches. She had gardens and green houses to attend to, and the usual farm animals and wild animals that sought her care.

After her retirement, Lorene spent quality time with her grandsons, teaching them about dinosaurs, art and the family ties to Queen Elizabeth. Family vacations to the Smokey Mountains were enjoyed in the cabins of Cades Cove and taking pictures of the beautiful foliage of Tennessee. Veterans Day being a state holiday, Lorene and Rachel made a “Girls’ Day” they would spend the day together. The day started with their favorite cup of hot tea and then would take a drive to Red Barn Winery, getting the wine for the Thanksgiving Day Turkey. You could find her most evenings curled up on the couch with Bonnie at her side reading a book about Egypt or a new novel Rachel had found for her, watching Downtown Abby or talking to Rachel on her way home about her day.

Lorene was historian, short story writer, story teller, devoted employee to the State and member of Milldale Presbyterian Church, and a servant to anyone in need. However, she was first and foremost a loving wife, mother and granny.