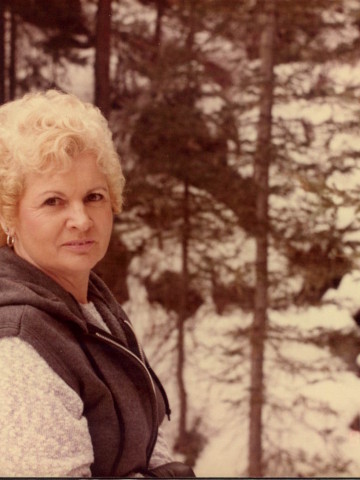 Departed on February 20, 2014 and resided in Hendersonville, TN

Lorraine H. Maurer—age 80, passed away on February 20, 2014. She was born on April 29, 1933 in Lewis County, TN.
Throughout her life she touched many people with her selflessness and generosity. She was a very outgoing person that was very meticulous about her appearance. She worked many jobs throughout her life, but her proudest achievement was becoming a pioneer in the IT industry for women in the 1960’s. She always had a keen eye for decorating. She had a very optimistic, warm hearted view on life and will be deeply missed. She loved feeding the ducks near her home, collecting and giving angels to people, and most of all being a mother, grandmother, sister, and friend.
Lorraine is preceded in death by her parents; Osby & Edna Hensley Hall; son, James P. Thompson; brother, Ralph Hall; sisters Irene Ayers and Christine Hall. She is survived by her husband of 42 years, Michael A. Maurer; children, Grady E. Thompson (Marcia A.); grandchildren, Jared Thompson (Michelle), Adam Thompson (Samantha), Brian Thompson (Rachel), Jennifer Thompson; great grandchildren, Haley Thompson, Anna Bush, Justice Thompson, Tyler Thompson, Jackson Thompson, Kennedy Thompson; sister, Florene Johnston (Murray); aunt, Lois Hensley.
A graveside service will be held on Monday at 3pm at Hendersonville Memory Gardens with Mr. Gayle Snoddy officiating. Family will serve as Pallbearers. The visitation will be held on Sunday from 3-7pm and Monday 12-3pm at Hendersonville Funeral Home 353 Johnny Cash Pky, Hendersonville, TN (615) 824-3855 springfieldfh.wpengine.com