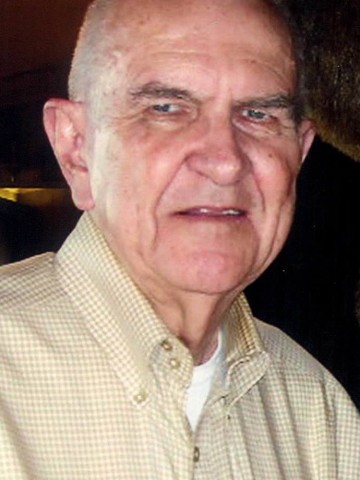 Departed on October 5, 2013 and resided in Hendersonville, TN

Luther Loyd Nations was born on July 15, 1931 and peacefully went to be with the Lord on October 5, 2013. Luther was an extremely proud Air Force veteran. He was a member of Cornerstone Church where he served faithfully as an Elder. Mr. Nations devoted his life to his church and family. He is preceded in death by his wife of 60 years, Betty Nations. Luther is survived by his loving children, Cherie Parker and Kenny, Vicki Gibson and Lynn; grandchildren, Nicholas Parker and Colleen, Brent Parker and Mandy, Christa Bratcher and Blake, Selena Byrd and Travis, Shannon Pierce and Greg; great-grandchildren, Holden Parker, Adelaide Parker, Reagan Parker, Madacyn Byrd, Noah Byrd, Ethan Byrd, Natalya Byrd, Johnnie Byrd, Lani Pierce, and Maggie Pierce. A visitation will be held on Monday, October 7, 2013 from 4-8pm at Hendersonville Funeral Home. A celebration of life ceremony will be conducted on Tuesday, October 8, 2013 at 1pm at Cornerstone Church the family will have visitation 1 hour prior to the service at the church. Burial will follow the service in Hendersonville Memory Gardens. In lieu of flowers the family requests donations to be made to Cornerstone Church, 726 W. Old Hickory Blvd., Madison, TN  37115 (615) 865-6655, or to Hope Center Ministries, P.O. Box 906 Waverly, TN 37185 (931) 296-9711.