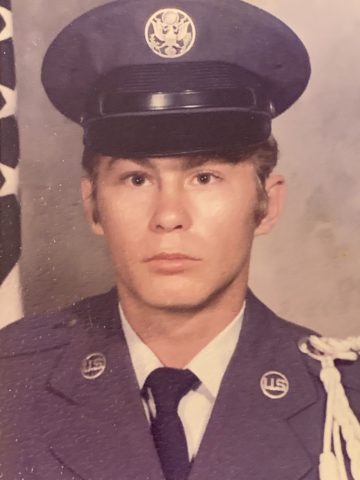 Departed on July 5, 2019 and resided in Greenbrier, TN

Mark Alan Byrom left this earth for his heavenly home in the early morning of Friday, July 5 ,2019. Mark was born to the late Tech. Sergeant Walter F Bryom and Wilma L. Smith Byrom on September 15, 1955 at Scott Air Force Base, Illinois.

Mark was a typical Air Force child moving around the United States with his family whenever his Dad was transferred to a new base. When his mother passed away, he went to live with his sister and brother-in-law in Greenbrier. After graduation from Greenbrier High School, mark joined the United States Air Force following in his fathers’ footsteps. Mark retired from the Air Force on December 29, 1975. In June of 1977, Mark joined his father in the Madison Barber Shop.

Mark married and was blessed with three sons who adored him. He was quick-witted, he had a contagious sense of humor and smile. He would brighten anyone’s day with a joke or turn of a phrase. He loved music, fishing, drawing and inventing things. Best of all Mark was a lover and follower of God, although he loved his family, he looked forward to being with his Lord and Savior.
In addition to his parents, Mark is preceded in death by his infant brothers, Larry Dale Byrom, Colorado Springs, CO and Michael Jon Byrom, Biloxi, MS; infant sister, Brenda Sue Byrom, Newton, IL; brother, Danny C. Byrom, Pulaski, TN and Walter F. Byrom, II of Modesto, CA and half-brother, Bobby Kerner of Custer, SD.

The family would like to thank his home caregiver, Paula (Fredia) Fisher and his VA caregivers for all the love and kindness that was shown to Mark this past few months and years.
A Life Celebration will be held on Saturday, July 20, 2019 at 11am with Military Honors. The family will receive friends on Saturday from 10am until the time of service. Mark will be laid to rest at Bethlehem Cemetery with his grandchildren and nephews serving as honorary pallbearers.

Online condolences can be made at www.SpringfieldFH.com