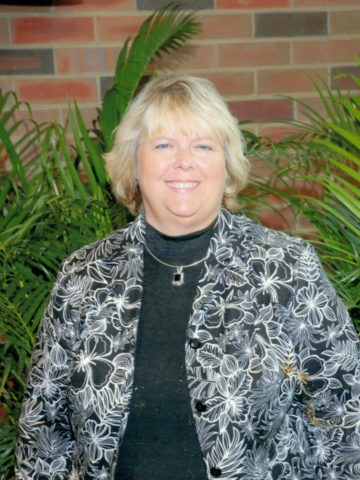 Born in Springfield, Tennessee on March 7, 1956

Departed on September 15, 2018 and resided in Springfield, Tennessee

Marsha Lynn Clinard, age 62 of Springfield, passed away on September 15, 2018 at her home.

On March 7, 1956, Marsha Lynn Henderson was born to the late L J “Dugan” and Margaret Louise Henderson in Springfield. She was in the graduating class of 1974 at Springfield High School. In 1975, Marsha would marry the love of her life Donnie Clinard on January 28th and soon after started her career at Vanderbilt Medical Center working in the Department of Medicine. Their family would grow from two to four in the next ten years. Marsha and Donnie welcomed their son, Randy on Christmas Eve of 1980 and their daughter, Lindsey on May 7, 1984.

Through the years this family of four would make numerous tradition and memories. Marsha and the kids would enjoy vacations to Panama City Beach in the summer and Gatlinburg in the fall. Holidays were a time everyone looked forward to. Thanksgiving was a time for fellowship and enjoying a large meal with family and Christmas was a celebration like no other, since they celebrated two birthdays it was always a spectacular event. When Lindsey got married in 2015, Marsha welcomed Daniel into the family like he had been there forever. They soon blessed Marsha and Donnie with her first grandson, Nicholas, at the end of 2015 and from that day on Nicholas had them both wrapped firmly around his little finger.

Mrs. Clinard was described as a caring, sympathetic and honest person. She was a hard worker and a devoted Vanderbilt employee up until her retirement in December of 2017 as a physician billing manager.  In her free time, Mrs. Clinard enjoyed working in her yard and tending to all the different flowers that would brighten her day. She loved to sing on Sunday mornings in the church choir and to play the piano. She looked forward to spending time with her “girlfriends,” including the trip to New York City two years ago.

Mrs. Clinard will forever be remembered as a loving wife, mother, grandmother and loyal friend.

In addition to her parents, Mrs. Clinard is preceded in death by her son, Randall “Randy” Dugan Clinard.

A Life Celebration will be held on Thursday, September 20, 2018 at 2:00pm with Bro. Steve Freeman officiation. Burial will follow at Springfield Memorial Gardens with Cole Wright, Daniel Givens, David Paul Benton, Zak Taylor, Matt Cook and William Givens serving as pallbearers. The family will receive friends on Wednesday, September 19, 2018 from 4-8pm then again on Thursday from 1:00pm until the time of service.

In lieu of flowers donations can be made to Grace Baptist Church: 3181 Walling Road Springfield, Tennessee 37172.