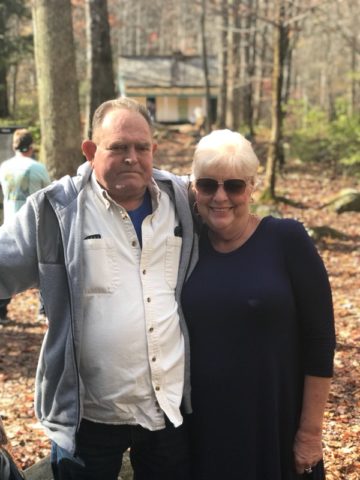 Departed on January 12, 2018 and resided in Springfield, Tennessee

Michael Ervin Pratt, age 57 of Springfield, passed away on January 12, 2018 surrounded by his family.

He was born on February 15, 1960 to the late Robert Ervin and Vera Mae Pratt in Nashville. He grew up in the Martins Chapel Community and attended Martins Chapel United Methodist Church. He was a pipefitter by trade and enjoyed planting vegetables in his garden.

Mike was a good man with a good heart. His love for his family knew no limits. As a young girl Stephanie remembered bringing home every stray animal she could find and her daddy being the animal lover he was, would let her keep everyone. Adam remembered all the ballgames that he came to or they watched together. If they weren’t together you could have guaranteed a phone call and discussion on what they did right and what they did wrong, they shared a joint love for UT Football in good years and bad.

On December 12, 1998, Mike married Hope joining their two families. Hope always felt blessed that Mike took her two children in and treated them as his own.  They enjoyed spending time with the whole Pratt Family. For 20 years he and Hope joined everyone in Gatlinburg during November, where they enjoyed to outdoors and time together. Mike was the happiest when he was surrounded by his wife, loving children and adorable grandchildren.

He will forever be remembered as a loving husband, devoted father, passionate grandfather and caring brother and uncle.

A Life Celebration will be held at 6pm on Tuesday, January 23rd at Martins Chapel United Methodist Church 2046 Martins Chapel Rd, Springfield, TN 37172. The family will receive friends on Tuesday from 4:00pm until the time of service.

In lieu of flowers the family request donations be made to the St Jude Children’s Research Hospital: 501 St. Jude Place Memphis, TN 38105.