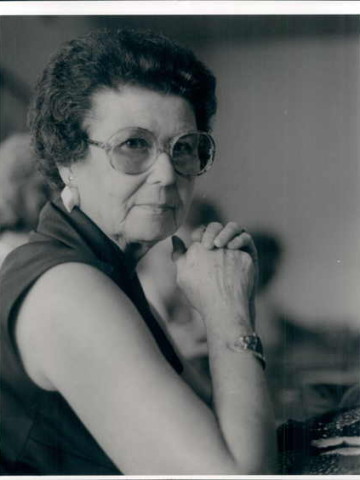 Departed on January 12, 2012 and resided in Nashville, TN

MURRAY, Margaret Thompson-Age 94, passed away on Jan. 12, 2012, due to complications from Alzheimer's. She was the daughter of the late Sadie Mayo Thompson Dixon and Wallace Porter Thompson. In 1936, she married the love of her life, W. R. Murray, who retired from Cain Sloan Co. after 49 years of service. He was VP of Sales Promotion and designed the legendary Christmas windows at the old downtown Cain Sloan Co. After his retirement, they opened the Harpeth Clock and Quilt Co. in Pegram, TN. When W. R. died in 1982, Margaret continued to run the shop until she was 90. Margaret was recognized as an award winning master quilter who taught quilting classes. She was also preceded in death by her brother, Odell Thompson, son-in-law, Jay Neidert and granddaughter, Karen Neidert. She is survived by her children, Linda Neidert, Richard Claudia Murray, Dottie Murray, and Janis George Parrott, 7 grandchildren and 7 great grandchildren. The family would like to thank Dr. Glenn Booth and his staff, Mitzi, Karen and Jamie, Homewood Residence at Brookmont Terrace and Alive Hospice for their loving care. In lieu of flowers, donations can be made to the Alzheimer's Association, 4205 Hillsboro Pike #216, Nashville, TN 37215 or Alive Hospice, 1718 Patterson St., Nashville, TN 37203. Celebration of Life will be conducted on Monday, Jan. 16 at 2:00 p.m. at Harpeth Hills Memory Gardens and Funeral Home with interment to follow. Visitation with family 1-5 p.m. Sunday, Jan. 15. HARPETH HILLS FUNERAL HOME, 9090 Hwy. 100, Nashville, TN 615 646-9292 www.afamilylegacy.com