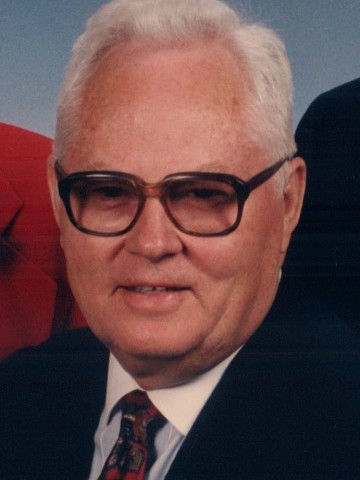 Departed on January 23, 2014 and resided in Hendersonville, TN

Charles Cornelius “Neil” Chenault, Jr.- age 85 of Hendersonville, TN passed away January 23, 2014. He was born March 10, 1928 in Hendersonville, TN to the late Neil and Elisabeth Chenault. Neil was a graduate of Gallatin High School and then attended UT Knoxville where he received his B.S. in Industrial Engineering in 1952. During his time at UT Knoxville he was a member of Sigma Chi Fraternity. Upon graduation he served our country proudly in the U.S. Army from 1952-1954 where he rose to acting Corporal. Neil then began his career at Ferro Fiberglass Division as an Engineer where he worked for over 16 years. He left there to become the Director of the Physical Plant for UT Nashville now TSU retiring in December of 2006. He never left his family farm, while working he also farmed after work and on the weekends. In 1965 he began a family tradition of boarding horses and was a member of the Hendersonville Saddle Club. Neil was a man of faith. He was a lifetime member of the Gallatin Church of Christ and attended the Hendersonville First United Methodist Church for 56 years. He is preceded in death by his parents and sister, Polly Chenault. He is survived by his loving wife of 56 years, Jomelia Duke Chenault; children, Candas C. Ellithorpe (Keith), Neil Chenault, III, Rodney Duke Chenault (Julie); grandchildren, Kristin R. Corsi (Gustavo), Brandon Ellithorpe, Duke Chenault, Jr., Elise Chenault and Mclean Chenault; great-grandchildren, Lucas and Mateo Corsi; brother, Ewing Chenault. In lieu of flowers donations may be made to Hendersonville First United Methodist Church or Gallatin Church of Christ. A life celebration service will be held on Monday January 27 at 1 p.m. at Hendersonville First United Methodist Church with Brother Ben Alexander, Pastors Don Hutchinson and Daniel Gordon officiating. Burial will follow in Hendersonville Memory Gardens. Family will serve as pallbearers. Visitation will be held on Sunday January 26 from 2-8p.m. at Hendersonville Funeral Home and on Monday January 27 from 12-1pm at the church. HENDERSONVILLE FUNERAL HOME 353 Johnny Cash Pkwy Hendersonville, TN 37075 (615) 824-3855 springfieldfh.wpengine.com