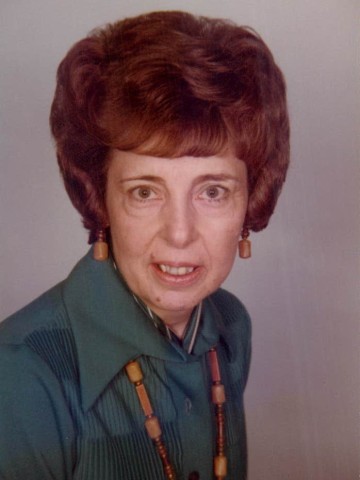 Departed on June 21, 2014 and resided in hendersonville, TN

Nell Louise Hughes Miller, age 88, transitioned to her reward and life anew on June 21, 2014. She is preceded in death by her beloved husband, Leo Adolphus Miller, who passed in June of 1986. He was a veteran of WWII, who survived the Normandy Invasion as a medic on the first wave, and later active in the local VFW & a retiree of DuPont. They were married forty years. She was also preceded by her mother and father, Ruth Alline Cotheron and Lloyd B. Hughes; by her sister, Mary Frances Hughes Hauskins. She is survived by her only child and daughter, Brenda Miller Stiles; grandsons, Shelley I Stiles, IV (Anne Marie) and Marshell Stiles; granddaughter, Rachael Breshel Seymour; twin great-grandchildren, Shelley I. Stiles, V and Sophia Marie Stiles, ages 6; nieces, Lana Hauskins Gregory (Tony), Susan Hauskins Templeton (Terry) and Rhonda Hauskin Cowan (David) plus other cousins, nieces and nephews.
Nell was known for her soft spoken graciousness, for her thoroughness and accurateness. Her mind remained sharp and nimble until shortly before her death. She graduated from Macon County High School in Lafayette, TN and Draughons Business College in Nashville. Her career encompassed many years at Hendersonville High School as administrative assistant to the principal, followed by several years employed in the admissions office of Volunteer State Community College. She was also a wonderful wife, cook and homemaker with exquisite decorating ability. Nell was a charter member of Bluegrass Baptist Church, and an active member in the local VFW Ladies’ Auxiliary. She will be remembered always as a wonderful mother to her daughter, Brenda, as a supportive grandmother and great-grandmother. She retired early from Volunteer State Community college to assist her daughter with the rearing of her daughter’s three children.
In addition to close interactions with her family, Nell loved to travel, which she did primarily after retirement. She enjoyed traveling with her daughter, Brenda, as well as with her church friends.
On Monday, June 23, 2014, visitation will be held at the Hendersonville Funeral Home from 2:00pm - 4:00pm & 6:00pm – 8:00pm, and on June 24, 2014, from 11:00am – 2:00pm, followed by funeral services officiated by Rev. Jim Carver. There will be a brief graveside service.
In lieu of flowers donations may be made to Bluegrass Baptist Church or the charity of your choice.