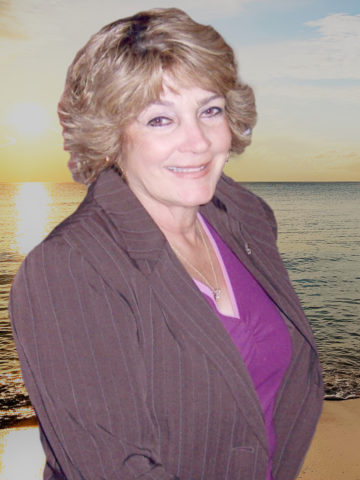 Departed on July 1, 2020 and resided in Springfield, Tennessee

Nereida “Nery” Navarro Archilla Summers was born on the 3rd of April in Morovis, Puerto Rico. She was the tenth of twelve children born to the late Pascasio Navarro and María Providencia Archilla.

Nereida grew up on the island of Puerto Rico where her family had lived for over 100 years. It was noted in her 1955 high school annual that Nereida was crowned the Queen of Central High School for her “elegance and beauty”. Her natural beauty not only caught the attention of a modeling agency in New York City but also the eye of young Airman Harold Denton “Dennie” Summers who was stationed at Ramey Air Force Base in Puerto Rico. After finishing cosmetology school, Nereida married Dennie in 1957 in a beautiful ceremony at Iglesias de la Virgen del Perpetuo Socorro in San Juan, PR.

Nereida was a supportive military wife while they traveled around the country for 22 years and Dennie completed two tours in Vietnam. Their last assignment was Keesler Air Force Base in Biloxi, Mississippi.

To be closer to their children and grandchildren, Nereida and Dennie made one final move to Dennie’s hometown of Springfield, TN after retiring from the military in 1976. Nereida worked as one of the first Spanish Interpreters at Jesse Holman Jones Hospital and was instrumental in supporting the first Hispanic OB/GYN clinic at NorthCrest Medical Center.

Nereida was an excellent homemaker. She took pride in the appearance of her home and enjoyed mowing her yard, raising beautiful roses and growing vegetable gardens. Her family loved when she would cook her famous Chicken Fricassée and rice. Summer days were spent fishing with the family and entertaining friends.

In addition to her parents, Nereida is preceded in death by her husband of 58 years, Harold Denton “Dennie” Summers, granddaughter Rebekah Lemley, and ten siblings.

A Catholic Graveside Service will be held on Monday at 11:00 in Elmwood Cemetery with Father Anthony Lopez officiating.

In lieu of flowers, donations can be made to the Veterans of Foreign Wars (VFW) Post 2120, or the American Legion Post 45.