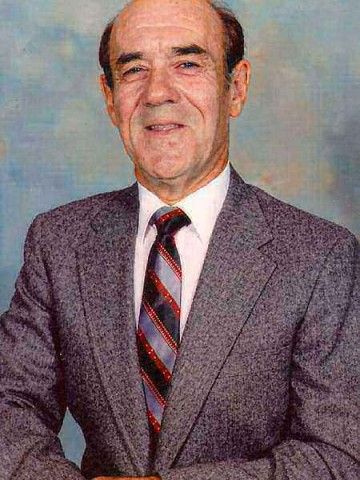 Departed on August 20, 2009 and resided in Hendersonville, TN

PANZERA, Andrew Thomas, age 83 of Hendersonville, passed away August 20, 2009. Born and raised in New York, NY. He was a World War II veteran of the United States Navy serving as Electrician's Mate First Class on the Submarine USS Brill. After discharge from the Navy, he attended the University of Miami where he received his Bachelor of Science degree in Electrical Engineering. He was retired from Pirelli-Armstrong Tire Mfg. Co. where he was a Project Engineer. Andy was a member of what has been called the Greatest Generation and died with dignity and honor. He was a member of Long Hollow Baptist Church. He is preceded in death by parents, Michael J. and Theresa Panzera; brothers, Anthony Panzera and Robert Panzer; first wife, Roberta Panzera; and son-in-law, Ted Vanorio. He is survived by his wife of 26 years, Ruby Panzera; daughter, Andrea Vanorio; son, Andrew Vikki Panzera, Jr.; step-son, Joseph Mark Hesson; three grandsons, Michael and Matthew Vanorio, and Logan Hesson; granddaughter, Heather Hesson; sister, Marion Tutone; several cousins, nieces, and nephews. Funeral services will be conducted on Monday, August 24th at 11:00 A.M. from Long Hollow Baptist Church in Hendersonville. Entombment will follow in Hermitage Memorial Gardens. Visitation with the family will be on Sunday, August 23rd from 3-8 P.M. at Long Hollow Baptist Church and Monday one hour prior to the service at the church. HENDERSONVILLE MEMORY GARDENS AND FUNERAL HOME, 615824-3855 www.harpethhills.com