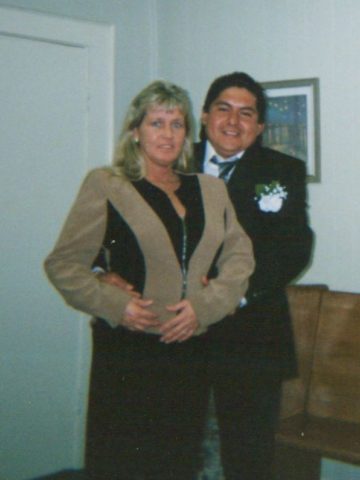 Departed on October 23, 2017 and resided in Springfield, TN

Penny Lee Layne, 53, passed away Monday, October 23, 2017 following a courageous battle with cancer. Penny was born on November 6, 1963 in Gretna, VA to the late Owen Layne and Esther Meadows. As a young woman, she left school to become her family’s caregiver due to her mother’s illness. She later moved to South Carolina and then to Springfield, TN approximately 27 years ago. She worked in the restaurant industry for 25 years and had worked at the Pleasant View Café in Springfield and the former 41 Café in Greenbrier. Penny was a devoted and loving wife, mother and grandmother. She was a member of the Christ Community Apostolic Church in Springfield. She is survived by her husband, Bartolo Real; her children, Brenda Bomar, Donald Bomar and Felecia Bomar; and her 7 grandchildren, Arnulfo Pineda, Jr., Miguel Pineda, Blair Bomar, Summer Bomar, Rafael Real, Jr., Selena Real and Kayla Real. A Life Celebration Service for Penny will be held Thursday at 2 PM at Springfield Funeral Home followed by entombment at Springfield Memorial Gardens. Visitation will be held, Wednesday from 4 – 8 pm and Thursday from 1-2 pm prior to the service.