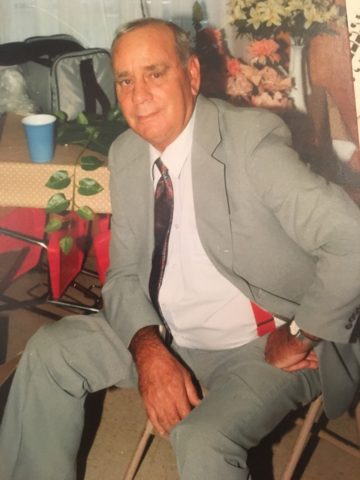 Departed on November 3, 2017 and resided in Pleasant View, Tennessee

Born Rufus Edward Head on September 4, 1928 to the late Charlie Clay and Illma Maude Head in the Stroudsville Community, he was raised as a farmer’s son, learning the value of hard work and the lay of the land. He graduated from Cedar Hill High School in 1948.

Mr. Head met the love of his life Anne Murphey at the young age of 18; they later married on March 7, 1952. They welcomed 4 children and raised them on the farm feeding chickens, bottle feeding calves, and raising beef cattle, hogs, a huge garden and tobacco.

Mr. Head worked as a tobacco buyer for Petri Cigar Co. in Clarksville during the 1960’s and Colonial Tobacco Company, Inc. in Springfield during the 1970’s.

The family remembers Mr. Head saying, “if it wasn’t tobacco, it was fishing”, (which was his way of saying that if he wasn’t working on the farm, he was at the lake). They even recalled when the youngest children were infants, they would be placed in a vegetable basket and the family would fish all day at Kentucky Lake.

In 1971, the family moved to the Sandy Springs Community. Mr. Head was described as a stern and loving father, who loved his mama, and was a true community man. He had a special place in his heart for small children and played Santa for the Stroudsville Community for years. He enjoyed making trips to Florida to see Eddie and his wife Mirta but looked forward to coming home to Robertson County. His favorite place to be was home with his beautiful wife playing cards and spending time with his grandchildren.

In addition to his parents, Mr. Head is preceded in death just 10 days prior by his loving wife Anne Murphey Head and his siblings, C.C. Head and Margaret Winters.

A Life Celebration will be held on Tuesday, November 7, 2017 at 10am with Brother Steve Freeman and Brother Billy Ellis officiating. Entombment will follow in the Chapel of Memories at Springfield Memorial Gardens with Andy Teasley, Jamie Head, Terry Head, Keith Head, Murph Winters, and Mike Winters serving as pallbearers. The family will receive friends on Monday from 5-8pm then again on Tuesday from 9am until the time of service.

The family would like to extend a special thank you to Tina Lynch and her family for the special care and love shown to Mr. Head during his last days.