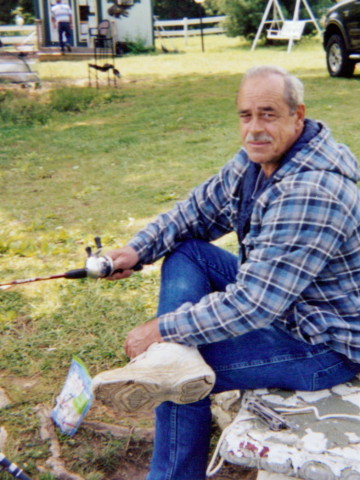 Departed on March 15, 2016 and resided in Springfield, Tennessee

Stephen Randall “Randy” Traughber, age 59 of Springfield, passed away on Tuesday, March 15, 2016 at his home surrounded by his loving family.

He was born on March 4, 1957 to the late James Odell and Nancy Louise Traughber.

Mr. Randy enjoyed working with his hands, he was a very talented maintenance man, and he held a special gift in electrical work and was a talented wood worker. If you couldn’t get him on the phone he was probably playing in the garden or fishing down at Red River.

In addition to his parents, Mr. Randy is preceded in death by his first wife, Wanda Gail Durham Traughber and brother, Tommy Traughber.

A Life Celebration will be held at 12 Noon on Friday, March 18, 2016 at Springfield Funeral Home Chapel with Father Prientice Dean officiating, burial will follow at Springfield Memorial Gardens. Pallbearers will be Scottie Beauchane, Travis Duffer, Jeremy Duffer, Logan Roach, Anighya Crocker, and Frank Hardaway and Honorary Pallbearers will be Austin Roach, Jake Powell, Noah Powell, Braden Cowan and Alexander Paulus. The family will receive friends on Thursday, March 17, 2016 from 4-8pm with a Rosary at 7pm, then again on Friday from 9am until the time of service.