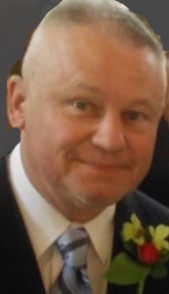 Departed on November 21, 2020 and resided in Springfield, TN

Born on September 24, 1946 in Cleveland, Ohio, he was the son of the late Casimir and Helen Wysznski.

He grew up in Cleveland and was a graduate of Lincoln High School where he played football.

After returning home from Vietnam, Bob stayed in the Cleveland area. He became a firefighter where he dedicated 36 years of service at Cleveland Heights Fire Department, retiring as a Lieutenant.

Bob married and raised his four children in the Cleveland area. He moved to Barren Plains, TN after retiring to enjoy a quiet, country life with his wife and animals.

Bob truly enjoyed life and had many hobbies. He was quite the boxer in his younger years, a lifetime member of the VFW - Post 868, member of the American Legion Post 45 and a classic car & truck enthusiast. He was especially proud of his 1967 El Camino.

A man who never met a stranger, he loved engaging in small talk, reminiscing about the “old” neighborhood in Cleveland, telling army stories and cracking jokes over a Rolling Rock.

He cherished the times he spent with family and friends, loved to travel or just ride around town, and loved the Cleveland Browns. Bob touched many lives and will be greatly missed by all who knew him.

He was preceded in death by his parents and many aunts & uncles.

Family & friends are invited to honor and remember Bob on Monday, November 30 at Springfield Funeral Home from 11:00 AM until 1:00 PM. A Celebration of Bob’s Life will begin at 1:00 PM in the chapel of the funeral home. Burial, with military honors, will follow in the Field of Honor of the Springfield Memorial Gardens.