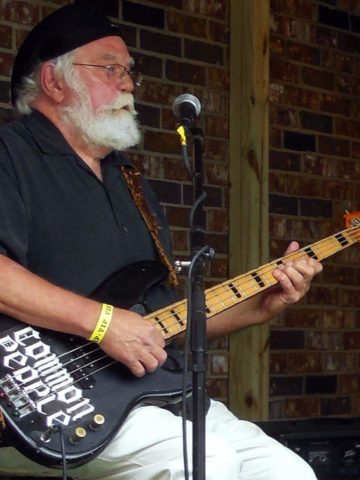 Robert “Bob” Reilly, age 68 of Greenbrier, TN and formerly of Michigan passed away April 15, 2016 at Centennial Medical Center in Nashville. Bob was born in Lansing, Michigan on September 17, 1947 to the late William Joseph Reilly and Lucille Elizabeth Wallen Reilly. Music was an important part of Bob’s life from a young age. Raised by parents who were deaf, Bob never took his hearing and ear for music for granted. As a young man he spent many hours hanging out in Middleton’s Music, in fact he was there so much that the owner eventually offered him a job teaching music. Bob spent most of his life as a professional musician, playing with groups including: Flintstones, Driftwoods, In Crowd, 4U and Him, Common People, Lucky Star, Natchez Trace, Dirk Rivers Band, Ronnie Fray, Horsefeather, Jerry Brown and Beyond, Freeflow, L.A. Salty Dog Recording Studio, Shamrock Reunion Concert All Star Band and late in his life he reunited with many of his bandmates to be part of the Honky Tonk Hero Reunion. Following his long and successful music career, Bob worked as a battery technician in the Nashville area until retiring  in 2010. Over the years, Bob was a great friend to his neighbors in Greenbrier, TN and became the adopted grandpa to many children in the neighborhood. He loved getting together with his many friends, sitting in with bands from time to time, golfing and fishing. His generosity and kindness endeared him to everyone. Bob was more important to people than he may have known; Bob, we love you and will miss you. In addition to his parents, Bob was preceded in death by his sister, Mary Pat Cooper. He is survived by his longtime companion and wife of 32 years, Lori Reilly; her daughters, Brenda Nelson of St. Augustine, FL and Theresa (Edwin) Nelson-Hoskins of Hudsonville, MI; grandchildren, Steven, Michael, Stephanie and Thomas Wells; a niece Erin Cooper-Cohen; nephew, Robert Cooper and many lifelong friends and musicians. In accordance with his wishes, Bob was cremated. There are no services scheduled at this time. In lieu of flowers, please make a donation to the charity of your choice in honor of Bob. Arrangements Entrusted To: Springfield Memorial Gardens, Funeral Home and Cremation Center, Springfield, TN (615)384-5437 www.springfieldfh.com