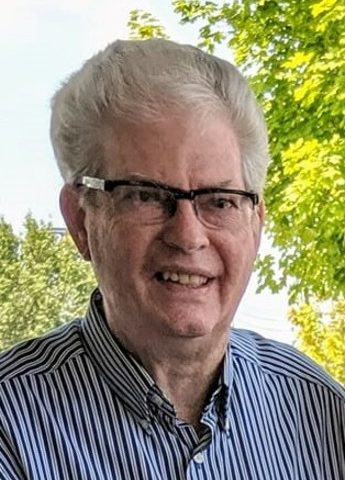 Departed on November 14, 2020 and resided in Hendersonville, TN

Robert E. "Bob" Field was born July 6, 1936 in Preston County, West Virginia in the little community known as "Cane's Creek" to Robert and Pauline Field.  He spent his first 18 years in and around the town of Kingwood, WV and graduated from Kingwood High School in 1954.  In the Fall of 1954, Bro. Field enrolled in Trevecca Nazarene College.  He spent the next five years at Trevecca studying for the Nazarene ministry, while also working as a shoe salesman. In April of 1958, he met Zella Shadowens from Dayton, Ohio, also a student at Trevecca, and they married on December 20, 1958. This union would welcome two delightful daughters.

Following his graduation from Trevecca in June of 1959, he took his first pastoral assignment at the Church of the Nazarene in Frank, West Virginia and was there two years. From there, Bro. Field would serve in Quick, WV, Crewe, VA, and Winchester, VA. Eventually, he would be called to pastor at the Garden City Church in Roanoke, VA. Under his leadership the congregation would build an education building, a new sanctuary, and a family life center.

After 27 years at Roanoke, he was called to assume the pastorate of the Church of the Nazarene in Litchfield, Minnesota on the first Sunday in January, 1993. Over the years Bro. Field held many leadership roles in Virginia including: NYI treasurer, Camp Board, District Secretary, District Advisory Board member, and Ministerial Credentials Board.  While in Minnesota he served as District Sunday School chairman.

In August of 1998 he retired from the active ministry and moved to Springfield, TN.  After four years of retirement he was asked to fill the pulpit at Springfield Church of the Nazarene.  Being appointed as "interim pastor" in July of 2003, he would serve until he "retired" again in March of 2014.  He and his wife enjoyed being fully retired and traveling back to Roanoke, Virginia and the beautiful scenes along the Blue Ridge Parkway.

Brother Field was an avid hunter all of his life and was delighted when he could sit and talk to his friends about his trips and other similar interests. Every spring Brother Field and Zella would make a trip to Corbin’s Creek to purchase flowers and even though they would plan for a few, Brother Field would come home with double the amount. He enjoyed gardening and nourishing them everyday just as he did his congregations’ over the years.

Brother Field is preceded in death by his parents, Robert W. and Pauline C. Field.

A Life Celebration will be held on Thursday, November 19th at 11am with Brother Jack Oden officiating. Entombment will follow at the Chapel of Memories at Springfield Memorial Gardens with friends and family serving as pallbearers. The family will receive friends on Wednesday from 4-7pm, then again on Thursday from 10am until the time of service. Online condolences can be made at www.SpringfieldFH.com.