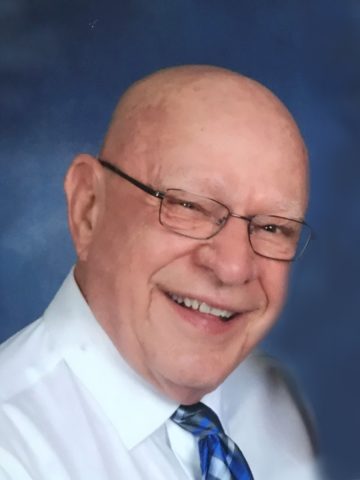 Departed on April 28, 2020 and resided in Springfield, TN

Robert Lee “Bob” Morgan, age 84 of Springfield, TN passed away on April 28, 2020 at Skyline Medical Center in Nashville.
He was born on May 8, 1935, to the late Gus and Christine Chapman Morgan in Owensboro, Kentucky. After graduating high school, Mr. Morgan married the love of his life Carolyn Chinn on June 25, 1955. He attended the University of Kentucky and was an avid UK basketball fan. He was involved in the oil field in many capacities over the years and retired from teaching real estate licensing in Kentucky.
Mr. Morgan was described as a devoted husband and father that never met a stranger and would give you the shirt off his back. He was a servant of God and served as a Deacon, Sunday School Teacher and volunteer to the churches he belonged to over the years. Mr. Morgan was currently a member of Grace Baptist Church in Springfield. They also attended Romar Beach Baptist Church when he and Carolyn spent the winter in Gulf Shores over the last 11 years.
If you asked Mr. Morgan “How are you?”, he would reply 100%. He and Carolyn lived a full life. Mr. Morgan will forever be remembered as a loving husband, daddy, Grandpa, Granddaddy and Papa.
Mr. Morgan is survived by his beloved wife of 64 years Carolyn Chinn Morgan; children, Robert Alan (Marilyn) Morgan and Lisa (Mike) Francisco; grandchildren, Brian (Alice) Morgan, Kristen Francisco, Ryan Morgan and Ashley Francisco; great-grandchildren, Avery Morgan and Alex Morgan; siblings, Henry (Joan) Morgan, Faye Jackson, Jerry (Virginia) Morgan, Herschel (Sherry) Morgan and Gayle (Roy) Hayden and a host of nieces and nephews.
Online condolences can be made to www.SpringfieldFH.com. In lieu of flowers donations can be made to Grace Baptist J.I.E: 2100 Park Plaza Dr, Springfield, TN 37172.
These arrangements where entrusted to Springfield Memorial Gardens, Funeral Home and Cremation Center 4005 Memorial Blvd Springfield, TN 37172: 615-384-5437.