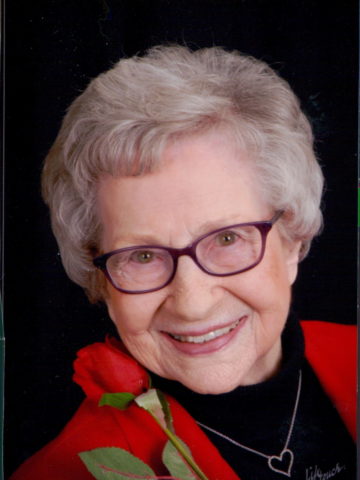 Departed on November 26, 2020 and resided in Springfield, TN

Mrs. Roberta Lucille Locke Bell, of Springfield, TN, 100, died on November 26, 2020 at NorthCrest Medical Center. Mrs. Bell lived a vibrant, healthy and Christian life for all of her 100 years. Her greatest love was for her family, both immediate and extended. As interested in business as she was family life, Mrs. Bell was a Co-Founder and managing partner of WDBL Radio Station. Upon retiring from the radio station she began selling Real Estate with Searcy Realty & Auctions and had a fruitful second career. Mrs. Bell was also active in her Church – Main Street Church of Christ. She volunteered where she could be helpful, baked and delivered cakes to family, friends and those needing some cheer, as well as volunteered as a mentor with Big Brothers Big Sisters of Middle TN. She was the oldest active member at her YMCA until age 95.

Mrs. Bell’s wishes were to be at home as long as possible and we give special thanks to Sue Puckett, family and friends for making that possible. While the sun sets on her life, the sweet memories she left rise in our hearts forever. Her legacy will live on through her contributions to the Bell Family Foundation for Hope.

A Life Celebration will be held on Friday, December 4th at 1:00 pm with Professor Jimmy McCollum, Brother Joe Rushing, Dr. Joe Jackson and Brother Barry Thornberry officiating. Burial will follow at Springfield Memorial Gardens with Professor Jimmy McCollum, John Locke, William Locke, Michael Duke, Steve Holmes and Jack Locke, Jr. serving as pallbearers. Honorary Pallbearers will be the Elders of Main Street Church of Christ, Jim & Edwin Willhite, Houston Dorris, Jr. and Tommy Hudgens. The family will receive friends on Friday from 10am until the time of service at the funeral home.

In lieu of flowers, Mrs. Bell requested donations to be made to the Main Street Church of Christ or a Charity of your choice. Online condolences can be made at www.SpringfieldFH.com.