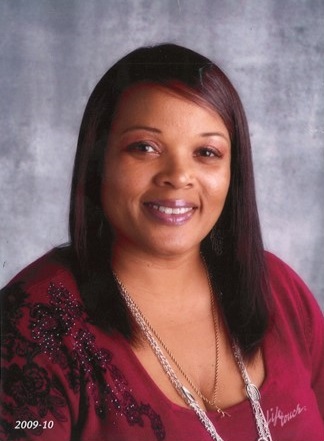 Departed on October 2, 2019 and resided in Dekalb County, GA

Coach Wallace graduated from Rantoul Township High School, located in Rantoul, IL., Chanute Airforce base in 1977. She matriculated to Tennessee State University in the fall of 1977. During her time at TSU she was part of the Women’s basketball team, secured an Airforce ROTC scholarship as well as a manager for the Men’s track and field team. She graduated in May 1981 with a Bachelor’s Degree in Health and Physical Education. Rosalind was commissioned a 2nd Lt. in the United States Air Force and was stationed in Denver CO. During her active duty tenure, she had a top-secret security clearance in munitions. Once her active duty time was up, she became an Air Force reservist, recruiting for the prestigious Air Force Academy. Coach Wallace served as the head track & field coach at Denver West High school from 1983-1984. In 1984 Coach was recruited by Purdue University as a strength and conditioning coach for all student athletes. As she worked on receiving her Master’s Degree in Education, she also became assistant girls track & field coach under the tutelage of famed track & field coach Fred Wilt. Coach Wallace was at Purdue University until 1987 when she was recruited by Eastern Washington University, in Spokane Washington, as the head women’s track & field and cross-country coach. During her tenure at EWU she managed to to rewrite the record book by establishing 33 school records and several other Big Sky Conference marks. Her athletes won 4 conference titles (indoors and outdoors), as well as athlete of the meet honors four times. Coach Wallace continued to work on her Master’s degree in education which she received from EWU in May of 1990. Coach made the decision in early 1994 to move to the Atlanta Georgia area to be closer to her family. Coach Wallace had already secured a teaching position within the Dekalb County School district prior to her move and she began her High School teaching career North Druid Hills High School. In 1996 they opened up Stephenson High School, in South Dekalb County, this is where Coach Wallace began her illustrious 23-year career as the Health & Physical education teacher and Head Coach of the girls Track and Field and combined boys and girl’s cross-country teams. Coach Wallace’s girls won the school’s first ever state championship in any sport in 1997, they followed it up in 1998 and then again in a sweep of the girls’ and boys’ titles in 2002. Coach Wallace was instrumental in helping numerous students securing college scholarship offers for her athletes. It is important to note that Lt. Colonel Rosalind Wallace single handily increased the number of minority and women recruits in Georgia, to the Air Force Academy.

A Life Celebration will be held at 12:00pm Wednesday, October 9, 2019 at Springfield Funeral Home with entombment to follow in Springfield Memorial Gardens.The family will receive friends on Wednesday from 10am until the time of service.

You may live stream the Funeral at 12pm- https://funeralvision.live - At the top of the page click (Stream) then search by name (Rosalind Wallace).