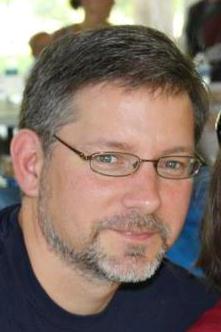 Departed on December 10, 2012 and resided in Hendersonville, TN

ROWLETT, Glenn-age 41, went to be with the Lord on December 10, 2012. He was born on December 23, 1970 in Murfreesboro, TN to Elroy and Wilma Miller Rowlett. As a young man he played football in his home town of Smyrna and later went on to coach little league for many years. He was a man of faith and he loved his family. He was a devoted member of Nashville Road Church of Christ. He was also always involved with Boy Scouts. He was a Cubmaster of Pack 125 and assistant Scoutmaster of Troop 75. More than anything in life he loved his family especially his 2 boys. He was loved by many and will be missed by all who knew him. He is preceded in death by his mother, Wilma Miller; brother, John Rowlett. Glenn is survived by his loving wife, Layna Claiborne Rowlett and they have celebrated 16 ½ years of marriage; sons, Garrett and Colby Rowlett; father, Elroy Rowlett; brothers, Curtis Rowlett, Grant Rowlett, Phillip Rowlett, Danny Miller; sister, Lisa Rowlett and several nieces and nephews. A Life Celebration Service will be held on Thursday at 2 p.m. at Nashville Road Church of Christ with Charles Williams, Ron Caldwell, and Jeremiah Tatum officiating. Burial will follow at Hendersonville Memory Gardens. Visitation will be held on Wednesday from 4-9p.m. at Hendersonville Funeral Home and on Thursday from 12-2 p.m. at Nashville Road Church of Christ. In lieu of flowers, donations may be made to either BSA Troop 75 at Pinnacle Bank or BSA Pack 125 in Glenn's name at Regions Bank. HENDERSONVILLE FUNERAL HOME 353 Johnny Cash Pkwy Hendersonville, TN 37075 615 824-3855 springfieldfh.wpengine.com