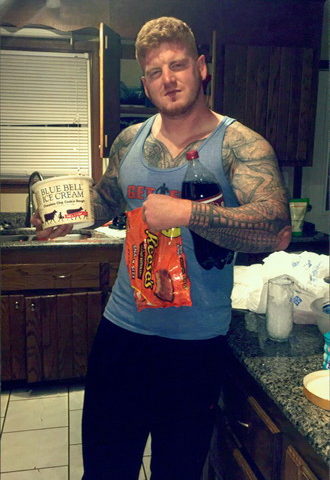 Departed on November 9, 2017 and resided in Greenbrier, TN

Stephen T. Brown, 28, passed away Thursday, November 9, 2017. Born April 2, 1989 in Baytown, TX he was the son of Ronda Brown and the late Chuck Alexander. Stephen was also preceded in death by his grandfather, Stan Ray. Stephen was the owner and founder of Reds Heating and Cooling in Greenbrier. He started his business with borrowed tools and a dream and quickly grew to be one of the premier HVAC businesses in Middle Tennessee. Stephen loved life and family with a passion. He was a devoted husband, father, brother, son, grandson and friend. Stephen also enjoyed being the center of attention. He was an avid motorcyclist and had his bike customized so that it would stand out from the crowd as much as he liked to. Stephen is survived by his wife, Amanda; their daughter, Chloe; his mother, Ronda Chennault and her husband Johnnie; his sister, Terri Hallman, her husband Jay, and their children Jay Jay and Aubree; his brother Jobie Alexander and his children, Kayden and Rex; Joshua Alexander and his wife Lindsey; his brothers and sisters; Zakari, “JC”, “Mikey”, Syerra, Gracee, “Jake”, “Nic”, and Shaun Chennault; his grandmother, Sylvia Ray; his grandparents, Travis and Sherry Brown; and his in-laws, Kathy and Allen Johnson; and brother-in-law, David Johnson. Visitation for Stephen will be held Friday from 4 to 8 pm at Springfield Funeral Home and Saturday from 11 am to 2 pm with a Life Celebration Service at 2 pm. Burial will be at Springfield Memorial Gardens following the service. In lieu of flowers, memorial contributions may be made to an account set up at Community Bank and Trust in Chloe Browns name to continue Chloe's education at South Haven Christian School.