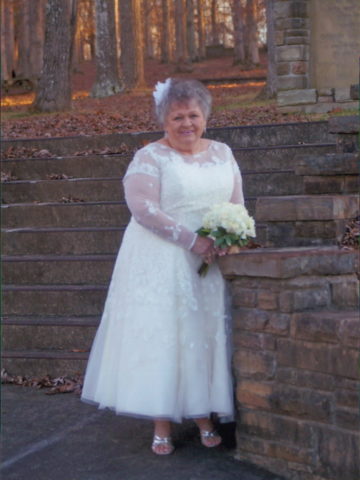 Mrs. Sanders was born on December 31, 1945 to the late Forrest Emmett and Vera Mai Allgood.

She worked for many years as a Customer Service Representative at Delta Dental of TN in Nashville.

Mrs. Sanders was described as a loving mother; she was the glue and rock of the family. She enjoyed sewing for her family everything from clothes to aprons and even monogramming for great grandchildren’s outfits. Holidays and time spent with her family was considered a perfect day.

Last year after the passing of her husband and their father, she and her daughters spent the weekend in Gatlinburg which brought tons of laughter and memories.