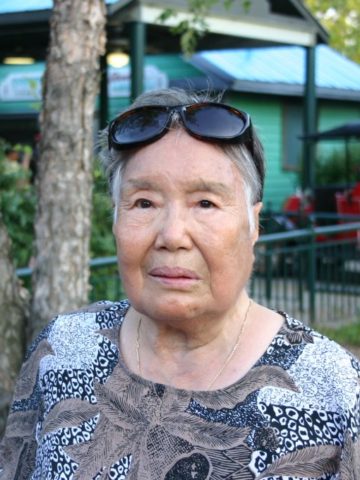 She was born on February 11, 1939 in China. She met the man of her dreams in the late 60’s in Korea, they were married and in July of 1971 they welcomed their only son, Danny. After moving back to the States, Mrs. Blaylock continued to work as a seamstress until she retired. She enjoyed gardening, tending to her irises and was of the Baptist faith. She was known to even make small bouquet to sit on the table from her garden and neighbors.

She will forever be remembered as a loving mother, grandmother and friend.

Mrs. Blaylock is preceded in death by her husband, Daniel Blaylock and stepdaughter, Dana Blaylock.

A Life Celebration will be held on Thursday, June 14th at 8pm in the chapel of Springfield Funeral Home. The family will receive friends on Thursday from 4-8pm. Burial will be on Saturday, June, 16th at 12pm in Blaylock Cemetery in Sulligent, Alabama.