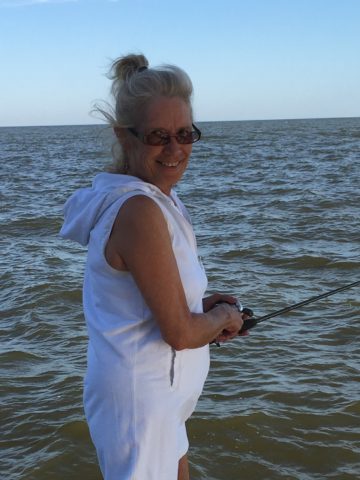 Departed on September 15, 2019 and resided in Goodlettsville, TN

Susy Lindberg, age 68 of Goodlettsville, passed away on September 15, 2019 at Skyline Medical Center.

She was born Glenda Karen Meadows to the late Harold and Loretta Meadows on November 20, 1950 in Oklahoma City, Oklahoma. When she was born her grandfather gave her the nickname Susy that stuck with her forever.
Susy was described as a feisty and sassy woman that loved her family dearly. She was colorful and had a smile that would brighten up a room. She spread that joy and happiness through her beautiful flower beds full of irises, lavender roses, dinner plate dahlias, stargazers and gerbera daisies in the front of her home.

She enjoyed traveling to Lake Thunderbird in Oklahoma City and the beach, in fact Tahlia and her travel to Panama City Beach, Gulf Shores and Destin all in one summer. Between trips to the beach and holidays, memories of good cooking and gatherings will be treasured for years to come. Two Christmas’ ago as everyone was gathered together, Susy performed a handstand at the age of 66 and could still do a backflip at 50. These abilities brought laughter and happiness to her family.

Susy will forever be remembered as a loving sister, mother, and Mimi.

In addition to her parents, Susy is preceded in death by her husband, James Lindberg, son, Richard Bollinger, Jr. and sister Harriet “Kay” Gonzalez.

A Life Celebration will be held on Friday, September 20that 2pm in the Chapel of Springfield Funeral Home. The family will receive friends on Friday from 12pm until the time of service at the funeral home.