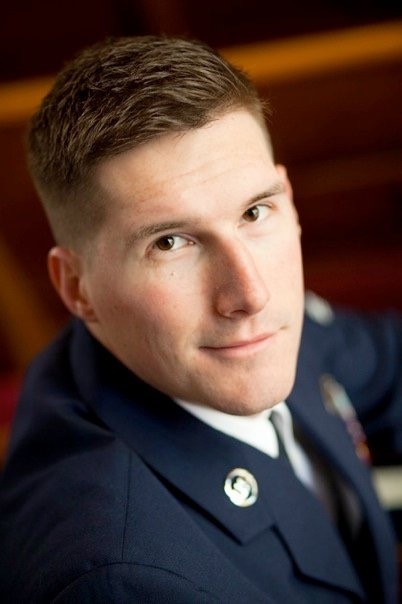 Departed on December 7, 2019 and resided in Greenrbrier, TN

Technical Sergeant Seth Micah Stambaugh, age 32 of Greenbrier, passed away on December 7, 2019 in Nashville, surrounded by his family.

Seth was born on September 8, 1987 to David and Emily Stambaugh. He excelled in many activities as a child and accepted Jesus Christ as his Lord and Savior at the age of 8 years old and was baptized by Brother Fred Baldwin at Greenbrier First Baptist Church. Seth loved being active not only in his church but in other organizations including Boy Scouts where he rose to the rank of Eagle Scout. He graduated from Gateway Christian School in 2005 and on May 16, 2006 he started his career in the United States Air Force. After basic training Seth was stationed at Tyndall Air Fore Base in Panama City, Florida. He truly believed and stood for the U.S Air Force Core Values—Integrity first, service before self and excellence in all we do. This, his attention to detail, and his willingness to persevere set him up for a successful career as a Contracting Officer but also as a spokesperson for his department.

In April of 2008, Seth met Ms. Morgann Van Kley in Panama City Beach and it wasn’t long before Seth knew he had found the one God meant for him. They were engaged in July of 2009 and to this day Seth would tell you they were the perfect match and she was his best friend. They married on February 13, 2010 and a year later moved to Lakenheath, England. Seth loved England between The Lake District and being so close to Manchester United F.C. of Old Trafford, it was a dream come true. Their time in England had amazing opportunities including Seth being chosen as one of many airmen that helped unfurl the American Flag during an NFL game and traveling to places like Amsterdam, Rome and the many places in Germany.

After four years in England Seth and Morgann were transferred to Anchorage, Alaska. They were sad to leave the beautiful country and their many friends, but they knew that was the way of life in the military. The military brought many adventures but the best started on September 17, 2017, when William Glenn Stambaugh was born. Seth was ecstatic about becoming a father and it wasn’t long after Will was born that everyone knew Seth was firmly wrapped around his son’s finger. The old saying “the apple doesn’t fall far from the tree” was definitely true when it came to this father and son duo.

Seth’s ultimate goal was to move back to Tennessee after his 20-year career in the military. He loved his state and was an avid supporter of local goods made not only in the United States but also in Tennessee. Seth loved not just one Tennessee College or team but all of them. His collection of Tennessee attire was worn proudly around the world.

Seth will be remembered as a loving husband, father, son, brother and Airman.

A Life Celebration will be held on Saturday, December 14th from 1-4pm at Greenbrier First Baptist Church 2518 Highway 41 South, Greenbrier, TN 37073. In lieu of flowers the family request donations be made to William Stambaugh College Education c/o Morgann Stambaugh at Bank of America in Springfield or Air Force Aid Society at www.afas.org.

Full Military Honors will be conducted in a private family ceremony at Springfield Memorial Gardens.