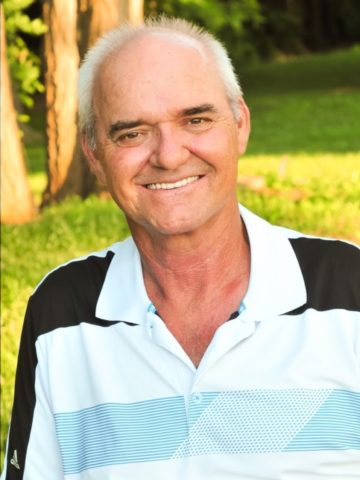 Departed on March 1, 2017 and resided in Greenbrier, TN

Wade Corey Werner, passed away on Wednesday, March 1, 2017, in his Greenbrier home. He was 58.
After nine months of battling lung cancer, treatment failed Wade and he is resting pain free in heaven. He is survived by his loving wife of 40 years, Mrs. Sally Werner (Gandt); two sons, Wade Corey Werner II (wife Christy), Matthew Werner (wife Terri); eight grandchildren, Makayla, Jaydon, Colton, James, Aniston, Jazzi, Maddex, and Dirk.
He is also survived by his eight siblings, Wendy Gandt (husband Herman), Wayne Werner, Wanda Wasurick (husband Wayne), Ward Werner (wife Lynell), Wanita Frederick (husband Mica), Waylene Santspree (husband Mike), Winette Werner, and Wesley Werner (wife Misty). Four sister-in-laws, Donna Gandt, Mary Ann Schelk, Helen Raddant, and Janet Gandt. Two brother-in-laws, Herman Gandt (wife Wendy), and Richard Gandt (wife Kari). Along with many, many nieces and nephews.
Born Sept. 28, 1958, in Green Bay, Wisconsin, to the late Douglas and Betty Werner. From his youth, Werner learned from his father how to build and create and fix things. He developed a passion for golf while playing/competing with/against his father and brothers. His childhood home in Abrams, Wisconsin was filled with much love. While in high school Wade played iron-man football and was a four-year letter winner for Oconto Falls (the Panthers). He went on to serve in the United States Army from 1977 to 1985. Wade served multiple tours overseas in Germany and was taught how to operate heavy equipment as a trade while in the service.
In the spring of 1974, at the age of 15, Werner met and fell in love with his soulmate; Sally Gandt of Gillett, Wisconsin. The two would marry on Sept. 24, 1977 and begin an amazing love story. While traveling (stationed) around the United States and abroad together, Wade and Sally (Sal) brought two sons into the world; Wade Corey (in 1980) and Matthew (in 1983). After exiting from the Army, Werner would become a very skilled and sought after heavy equipment operator in Northeast Wisconsin thanks to his military training and drive for excellence. Werner would eventually move to Joelton, TN in the fall of 2004 where he quickly became the Superintendent of Sessions Paving in Nashville, TN. Werner was a dedicated employee and proudly served Sessions for over a decade.
Big Wade truly had a larger-than-life personality and a very generous heart. He would help anyone including strangers at the drop of a hat. He would light up a room with his smile and silly personality. He wouldn’t just play games or spend time with people, he would compete and love people. His drive and passion to support his friends and family was second to none and his greatest joy. His personality and competitive nature led him to be very active in competing in amateur golf events and professional bass fishing tournaments.
As a tournament bass fisherman, Werner won many tournaments. Most notably the 1996 Midwest Bass Classic Championship. He taught his son Wade Corey and his grandson Colton how to fish and they both competed in tournaments with him. He taught his sons and grandchildren how to golf and this was his true passion. Werner would golf competitively as much as possible and in his many, many years of playing golf he had five career hole-in-ones to go along with countless 2-man partner tournament victories with Wade Corey, Matthew, and Colton as his different partners. Lastly, he was the first ever inductee to the BRAG Cup Hall of Fame in February of 2017.
Werner was a devoted husband and soulmate to one woman his entire life. Tough but encouraging father to two sons that wouldn’t be the husband’s and father’s they are today without his guidance and example. Fun and helpful brother and brother in-law. Welcoming and lovable father-in-law to two special young ladies. And finally a compassionate, sweet, tender, supportive, available, and loving grandfather to all of his grandchildren. Wade Werner will truly be missed.
A celebration of his life will take place this Saturday, March 4th at Springfield Funeral Home. Visitation will be held from 10:00a.m to 2:00p.m with a funeral service to follow at 2:00p.m. Burial will be at Springfield Memorial Gardens. Paul Bearers will be; Wade Corey Werner II, Matthew Werner, Herman Gandt, Wesley Werner, Mike Santspree, and Nick Schreiter. Service will be officiated by Dr. Matthew Browning.
The family would like to thank Dr. Leora Horn, the entire medical staff at Vanderbilt Medical Center and Alive Hospice for their compassion and care during the past nine months.
Springfield Funeral Home and Memorial Gardens are in charge of all arrangement. 4005 Memorial Gardens, Springfield, TN 37172.