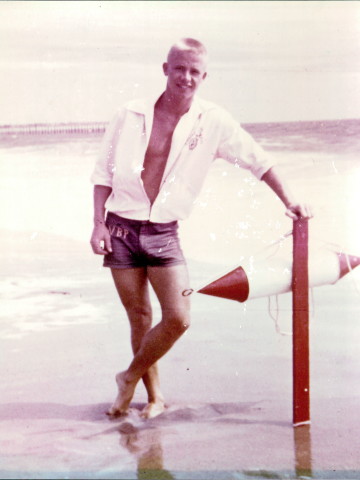 Departed on February 1, 2016 and resided in Springfield, Tennessee

William Edward “Bill” Culverhouse was born in Selma, Alabama on November 4, 1938. One of four children, he grew up from the time he was seven in Virginia Beach, VA. He soon went to work as a lifeguard's help and eventually served as a lifeguard for many years. An avid sportsman, he was a record-breaking football player in high school and participated in tennis, wrestling, numerous martial arts, golfing, skiing, swimming, scuba diving, and arms competition. Bill was a terrific dancer, singer and accomplished guitarist. He served honorably in the United States military. Earning an undergraduate degree in psychology, he attained a Juris Doctorate from the College of William and Mary and worked as an attorney in Virginia Beach for more than 25 years. During that time he also worked as a sculptor in metals, marble, alabaster, wood, soapstone and other media. Calling his work “Spirit Sculpture,” he wrote on his website, culverhouseart.com, “I look at the essence of the subject and attempt to find its spirit. When you look at a piece of my sculpture, you should see the soul of the tiger, the inner essence of the woman, the soaring of the heart of the bird.” Bill was trained in wood working by his Uncle Bob and he loved renovating houses and designing interiors with Southwestern and Native American artwork. A blood brother to a Chiricahua Apache, Bill's sculpture reflected his days in the Southwestern United States following the Vietnam conflict. After a real estate recession in the 1980s, Bill moved to Charlottesville, Virginia to become a full-time artist. He was married to Martha Sue Freeman Culverhouse on December 28, 1995 and they shared 20 years of love, support and happiness. Moving to Springfield, Tennessee in 2003, Bill's health began to fail and over the next 12 years he suffered immense pain and challenge as he lost the sight in his right eye and the capacity to sculpt. His marvelous sense of humor never failed him and faced life with immeasurable courage through cancer, back pain, and other health challenges. Throughout his life, Bill loved dogs, especially his Golden Retrievers and his faithful Buffalo Bear Dakota. Bill was tremendously loving and always ready for a party. Going to his final rest at 11:49 p.m. on Monday, February 1, 2016, his wish was to be cremated, to have no funeral, but to have people celebrate by remembering the fun times of his life. His memorial party will be held at Springfield Memorial Gardens Funeral Home and Crematorium on Saturday, February 6, 2016 from 1:00pm until 4:00pm.

Bill was preceded in death by his parents, Allen Dennard Culverhouse and Katie "Bunny" Rosalind Bayne. He leaves to mourn his passing his beloved wife, Sue; his son William Edward (Michael Neimayer) Culverhouse, Jr. of Richmond, IN; his brother and sister-in-law, Edgar Allen   “Sonny” (Dede) Culverhouse of Lynchburg, VA; his sisters, Betty Jean (Ray) McLaughlin of Virginia Beach, VA, and Carolyn Louise Smith of Colorado; his step-daughter, Susan Leigh Miller, her husband, Joshua Mizarhi, and their daughter, Iris Simone Mizrahi, of Brooklyn, NY; Sue's extensive family by whom he was immensely loved, and hundreds of friends throughout the world among whom are Kathy and Marlin Mayo; renowned surgeon Mansur Rahnema and his wife Ferri of Sterling, VA; a special art student, Walker Rook; Raleigh Sanderson of Virginia Beach; and the faculty, staff and students of Watauga Elementary School where Sue serves as music teacher.

Bill loved people and held no prejudice against any race or religion. His enjoyed teaching art to children, reading extensively, and political analysis. His incredible memory led him to remember individual pages of books and what was written verbatim on each line which he could quote. He lived a full life with immense mountains and valleys of joy, suffering and undeserved anguish, all of which he faced with heroism. He chose dignity, honor and compassion and was especially grateful for the expertise of his physicians, Matthew Browning of Urgent Team in Springfield; the Stroke Team, ICU specialists, nephrologists, Edward Gould and William H. Fissell IV, ophthalmologists Stephen Kim and Franco Recchia, and nurses of Vanderbilt Medical Center; Chris Young, RN of Skyline Medical Center; and the medical team at Comprehensive Pain Specialists of White House, TN.