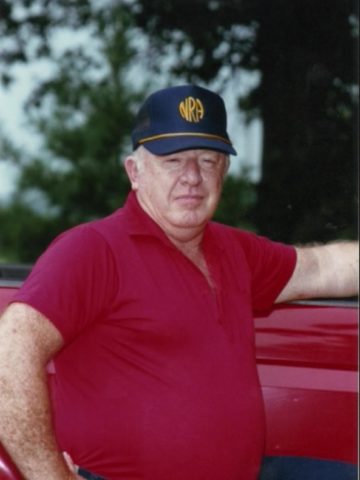 Born in Mooleyville, Kentucky on August 8, 1935

Departed on February 10, 2017 and resided in Cedar Hill, Tennessee

Bill was born on August 8, 1935 to the late George Hardin and Lucille Smith in a small town called Mooleyville, Kentucky.  On October 10, 1952, Bill enlisted in the United States Navy. After being discharged from the Navy, Bill began working driving trucks for companies like TCT and finally retiring from ABF in 1998. Bill was a member of St. Michael's Catholic Church in Cedar Hill, TN.

Bill was described as a “Coach” he loved helping people in need and had a heart of gold, but was also known for saying what he thought even if you didn’t like it. He cherished his time outside on the farm, if you asked him he would tell you that he wanted to own everything around him. He loved taking care of the horses and the cows and driving around the farm so when you needed to find Bill on his days off he was usually outside enjoying the fresh air. When his children were young they spent most nights and weekends on the baseball field where with the help of their “Coach” both Bill and Bob received scholarships to collage for baseball. As they got older Teresa remembers dancing in the living room with her dad to 1950’s and 60’s country music, and the winter that it snowed something awful that he spent hours driving up and down the driveway on his 1926 International Harvester clearing the snow.

The last few years he spent most of his time with his wife at their home in Cedar Hill. During Christmas the family gathered at Bill Jrs house in Franklin and enjoying watching the grandchildren and great-grandchildren open gifts and sharing in cat head biscuits and peanut butter and Karo syrup which was his favorite. At his 80th birthday party he told his sister Rosemary all he wanted was her famous fried chicken and apple pie.

Bill will be remembered as a loving husband, father, brother, uncle, grandfather and great-grandfather.

In addition to his parents, Bill is preceded in death by his grandson, Martin Douglas Tubbs.

Funeral Mass will be held at 10:00 am on Wednesday, February 14, 2017 at St Michael’s Catholic Church: 3553 S. Carter Road Cedar Hill, Tennessee 37032. Burial will follow at St. Michael's Catholic Cemetery with family and friends serving as pallbearers. The family will receive friends on Tuesday, February 15th from 4:00pm to 8:00pm at Springfield Funeral Home. A Rosary will be held on Tuesday evening at the funeral home at 7:00pm.