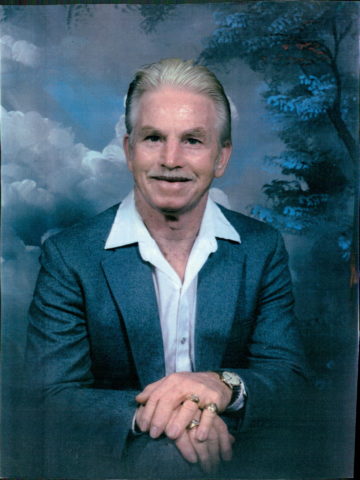 He was born on August 5, 1937 to the late Earl and Nellie Gillahan in Nashville. He was known to some as the folks in the 50’s as “Kid Smiley” he was a member of Dick Lever AM Wrestling Club. In 1960, he married Ms. Barbara Ann Shadowens and they would welcome three more children, to become a family of eight.

In July of 1976, Bill became an Ordained Gospel Minister and worked for many years preaching the gospel. He retired from being a full-time minister in 2001. Bills passion was helping others and became known to many folks as the “Goat Man”. He began raised goats and provide milk to many children who had allergies and loved to educate others how to milk and take care of them.

Mr. Gillahan will forever be remembered as a loving son, husband, father, grandfather and great-grandfather.

In addition to his parents, Mr. Gillahan is preceded in death by his daughter, Shelia Shadowens; and siblings, Dorothy Mongrum, James Gillahan, Betty Wallace, and Nellie Freeman.

A Life Celebration will be held on Saturday, August 18th at 1pm with Phillip Shadowens officiating. Burial will follow at Springfield Memorial Gardens with Charlie Briley, Mia Briley, Chris Shadowens, Charles Jarrett, Bobby Kinslow, and Roy Averitt serving as pallbearers. The family will receive friends on Friday, August 17th from 3-8pm then again on Saturday from 10am until the time of service.