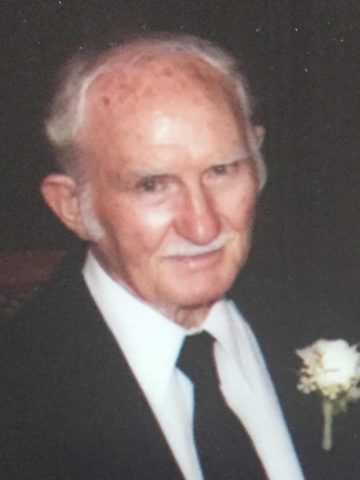 Departed on September 17, 2017 and resided in Springfield, Tennessee

William Porter Parks, age 85 of Springfield, passed away on September 17, 2017 at his home with his devoted wife.

Mr. Parks was an Untied States Army Veteran serving during the Korean War. He worked for many years at the Kroger Distribution Center and Cutters in Nashville.

Here is what Mrs. Dian told about hers and Porters life…

So many find our first date really sweet and quite comical!

In 1978 we both lost our spouse, my husband passed away of a heart attack and his wife in a tragic car accident. About eight or nine years later his youngest son Chris and I worked together at Krogers in Hickory Hollow. He came to me one day and asked for my phone number for his dad, after finding out that I was a widow. After many failed attempts, I finally gave in and gave him my number. When Porter called the first time we talked late into the night and soon realized our lives were running parallel.

He lived in Nashville and I was living in Springfield. On our first date, which for me was a true blind date. Porter showed up with a large bag of home grown turnip greens, tomatoes and hot cayenne peppers; little did he know he was coming to court a real country girl.

Over the next year we began growing from two single parent families to one united family that was brought together by a boy who wanted his father to be happy again. We were married  in front of our family and many friends on April 16, 1988. We are now proud parents of 11 children, 18 grandchildren and 21 great-grandchildren. We just celebrated our 29th Wedding anniversary.

Over the past 29 years, our two families have join together celebrating birthday, weddings and anniversaries.  This year with him not feeling 100%, Porter was bound and determined to take me out to dinner and write me a poem like he has for our anniversary every year.

This memory was shared with laughter and tears for a man loved so deeply by his family and friends.