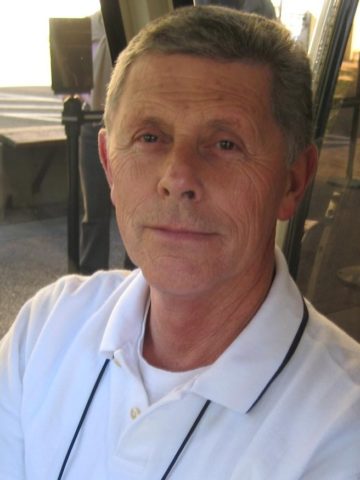 Departed on May 11, 2018 and resided in Springfield, Tennessee

William Thomas “Billy” Moreland, age 73 of Springfield transitioned from this life to next on May 11, 2018 surrounded by his family.

Billy was the first-born son of the late Reverend Bill Moreland and Frances Moreland Lawson.

Billy survived many moves during his childhood as a Southern Baptist preacher’s son.  In many ways he was a typical boy who enjoyed playing baseball, working on his aunt’s farm, and playing in a band. After graduating from Springfield High School in 1962, Billy was drafted into the Vietnam War where he served as a Military Policeman and a front gunner on a PBR boat. Later on, his service would connect him with a community of men and women that would become his family.

Once he was home, Billy completed his education with a double major in Accounting and Architecture at Austin Peay State University and then graduated from LSU’s Banking School. After college he began his banking career and eventually rose through the ranks to President of First National Bank in Springfield.  But that wasn’t all he did to earn a living; you might have seen him at Electrolux working 3rd shift, at the former Springfield Country Club as the Manager, at the local car wash cleaning bays and collecting quarters or even opening the door as he greeted you at Robertson County Funeral Home.

Billy loved his community and could be found coaching his son’s baseball and basketball teams and was an avid Band Booster in support of his daughter.  He was an active member at Eastland Heights Baptist Church and a deacon for many years.  He also served the broader Robertson County community through volunteer work as Rotary Club President and as a Paul Harris Fellow.  Billy also traveled with the Disaster Relief program through the Southern Baptist Association to other communities when needed.  When he wasn’t serving in these ways you could find him fishing, golfing, gardening, or bowling.  In more recent years Billy found a brotherhood with the local VFW 2120.

The family is grateful for the professionalism, care, and compassion shown to them by all the nurses at the Tennessee Valley Healthcare System.  With each stay Billy would erase the daily goal and re-write “Be happy or Make someone else happy.”

A Graveside Service will be held at 11:00 am on Thursday, May 17th in the Rotunda at Middle Tennessee Veterans Cemetery: 7931 McCrory Lane, Nashville, TN 37221 with Bro Joe Eden and Bro David Royalty officiating with the burial to follow. The family will receive friends on Wednesday, May 16th from 2pm until 6pm at Springfield Funeral Home.