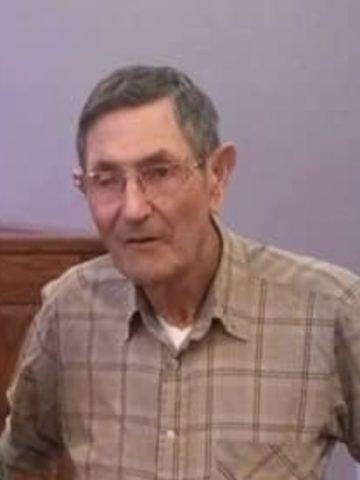 Departed on January 11, 2019 and resided in Greenbrier, TN

Willie Ryan, age 91 of Greenbrier, passed away on Friday, January 11, 2019 at Tennessee Veterans Home in Clarksville.

Willie Ryan, was born in Jackson County (Gainesboro) Tennessee on June 3, 1927 to the late Harry Lee and Frances Florene (Sloan) Ryan. He was the eldest of 5 children.

In the late 1930’s the family relocated to Robertson County. He attended Springfield High School until he left to help on the family farm. Willie entered the United States Army in 1945 during World War II and did not serve long before the war ended.  He continued his Army career for over 20 years, serving in the Korean War and two tours in Vietnam.  He was a helicopter mechanic in the Vietnam War and was also a gunman on the helicopter during their missions.  They aided in transporting the troops to the line and extracting them.

During his military career he married Dorothy Ann (Bunn) Ryan and retired from the Army after his service to our country.  They moved back to Tennessee which was always home to him.  He lost his beloved Dottie in 1980.

Not long after he retired, he lost his right eye in an accident while wiring a home.  That ended his Army Reserve career.  That didn’t stop his service to his fellow men however.  He began work as a mechanic for Glover Auto and then worked at Cunningham Motors.  Willie was well known for his ability and desire to make sure each car was fixed when he got through with them.  Many people came to know him through his work.

He met Burton Glover and his family while working at Glover Auto and loved the family as his own, becoming good friends with them.  He followed Burt’s military career and visited him several times through the years.  He went to work at the family farm taking care of the farm equipment after retirement at Cunningham.  Most mornings you could see him stop at the 49 Market and get a bologna sandwich to take with him but giving most of it to the family dog.

Willie was an active member of the American Legion in Greenbrier and you could find him riding the floats in the parades as well as working at the Turkey Shoots they have each year as a fund raiser.  He also worked at the event when the Moving Wall was brought to Springfield Memorial Gardens and helped direct people to different sections of where someone’s name could be found.

In addition to the Legion he also was a lifetime member of the VFW in Clarksville and Greenbrier.  Willie was active in these brotherhoods and had many friends there.  Each had a great respect for the other and it was a great honor for Willie to serve.

Willie liked to travel and visited most of the wonderful United States in his lifetime.  The last trip he made was when he was 89 years old and he had heard a lot about Branson, MO so he decided he would visit to see what it was all about.  He drove there by himself and could not find a parking space, so he decided he would drive to Fort Hood, Texas to see how it had changed since he had been stationed there.   After he had seen Fort Hood, he drove to Florida to visit friends for a few days, left Florida and went to his niece’s house for a night or two, then drove on home.

After Willies passing his sister found a packed suitcase of his clothes that he had ready for a moment’s notice should the desire/need arrive for another trip.  The family knows he has gone on a great adventure in heaven only this time he didn’t have to pick up his suitcase of clothes.

Willie will forever be remember as a loving son, brother, husband, uncle and friend, but most of all a Hero to so many.

A Life Celebration will be held on Tuesday, January 15, 2019 at 11am with Brother Bob Carroll officiating. Burial will follow at Springfield Memorial Gardens with Full Military Honors. The family will receive friends on Monday, January 14th from 4-8pm then again on Tuesday from 10am until the time of service.